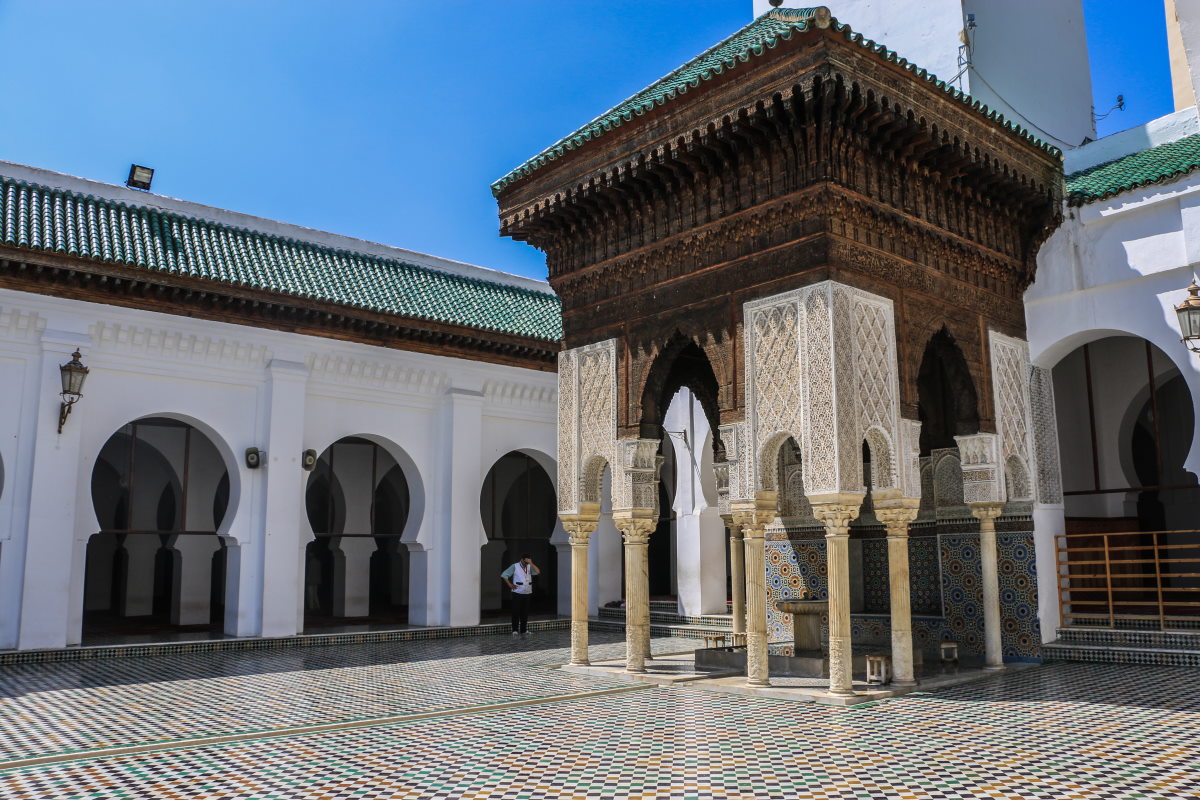 Fez Monuments
Contents masquer
1 Video
2 How to get there
2.1 Entrées similaires:

Built between 1350 and 1355, the location of the Bu-Inanijja Medersa is interesting. Unlike the other medersas in Fez, it is not located near the Karawijn Mosque. For those who do not know, medersas were Arab secondary schools, where the Qur’an and other religious subjects were taught. It is certainly closer to the Bab Bu Jaloud gate. Nevertheless, it is considered by many to be the most impressive Koranic school in the medina of Fez.

The cost of building the medersa was supposed to be enormous. It is also distinguished by the fact that it has a minbar and a minaret. No other madrasa in Morocco has these features. But most important are the decorations. The fabulously arranged zulajj tiles, detailed cedar wood carvings and engraved Qur’anic quotations left us in awe and wondering for a while how the designers had managed to create such a wonderful interior in just 5 years.

Renovated in the 18th and 20th centuries, it is therefore the best preserved in Fez and the one that best illustrates Moroccan architecture and the richness of the materials used at the time. It is considered one of the most beautiful medersas in Morocco, along with the Attarine Medersa, also in Fez, and the Ben Yousef Medersa in Marrakech.

When you enter the building, the first thing we saw was a large courtyard, with an incredible marble floor. It has two floors that you can see from the courtyard, the lower floor was the common areas and the upper floor was the residences. Coming back to the architecture, from the courtyard you can see the Moroccan architecture, with high walls, full of tiles and colours, which contrast with the wood of the doors and windows.

The bricks of the roof are green, but everything is coherent and blends into a perfect harmony. In the centre of the courtyard is a fountain, fed by the river Fez, which is still sought after by the religious for their prayers.

The ground floor consists of four main areas: the courtyard, the mosque and two prayer rooms. The second floor is where the old residences and some galleries are located. There were not many common spaces in the residences, as the routine of these students was to attend classes, pray and study.

How to get there

The medersa is located almost opposite the hydraulic clock. You can enter every day except Friday from 8:30am to 12pm and from 2pm to 5pm. The entrance fee is Dh10, or about €2.5. 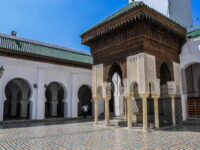 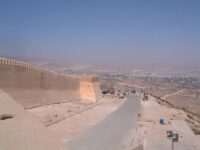 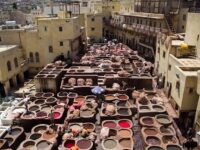 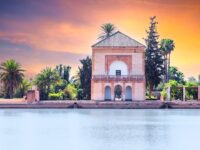 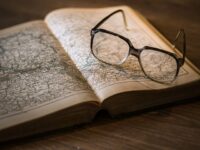 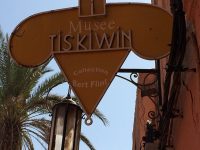